Hugely excited to say that Mrs B’s Cakes have been announced as finalists in all four categories that we entered for this years National Cupcake Championships in September.  Run alongside National Cupcake Week (14th – 18th September) the Championships are this year being held in Oxford.  This is the fourth time in as many years that we’ve made it to the finals and we won the Themed Cupcake category in 2013.  We’ll let you know how we get on!x 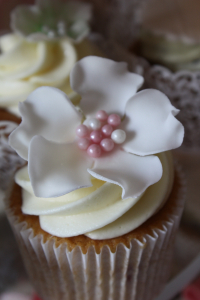